A Hero In Me, Jenny Biddle – Album Review

There’s always been something so honest about Jenny Biddle‘s writing.
It’s no doubt that she writes directly from her heart without the use of pronouns, mystery, puns and her new album, Hero In Me is no different.

In fact, I’d say this was her most honest album to date.

If you’re not familiar with Jenny Biddle it’s because she’s a modest and understated musician.
Far from a self promoter, she believes in hard work so much so that she plays well over 200 gigs a year and suffers from chronic ‘guitar elbow’ from belting her suite of guitars (all who have names) on a daily basis. She’s been voted Melbourne’s best busker, has several independent CD’s under her belt and has even built her own guitar!

But this time around, there’s something different, something candid about Jenny’s new album.

She talked to me about it openly and proudly not being afraid to talk about the inspiration for her music – love and the fears of being in the music industry rat race.

I’ll throw my hands up and admit that my favourite songs of hers are definitely her ballads, it’s here that I feel the most connected to her stories and her voice.

And what a voice!

From the growls of her more “country” tracks to the way she lulls you in to her ballads. You wouldn’t pick that she’s really a 4-foot* unassuming Melbournian.

Her album titled track ‘Hero in Me‘ talks openly about her journey of being LGB.

“Sweet 16, no it wasn’t so sweet – I realised that the girls were looking at the boys and not me”

This song normalises ‘the gay thing‘ by placing an emphasis on the stories of falling in love.
A sentiment that regardless of sexual orientation, everyone will relate to.

The love theme continues on her album with “Running Out of Lies” where Jenny confesses her honest, unashamed true love for her girlfriend.

Jenny Biddle is certainly no ‘up and comer’ she’s most certainly on her way and there’s a magnitude of people behind her having had fans pledge over $10,000 to make this independent album possible.

Hero in Me is a little bit country, a little bit folk and backed by an impressive band. It’s here that Jenny, in my opinion, looks at home.

This album features her love, guitar, brand and championing the LGBT cause – naturally by normalising.

Hero In Me should be on your playlist.
It has sunshine, clouds and places in the sky to get to.

Download two free tracks of Jenny Biddle’s new album, Hero In Me and Running Out Of Lies.

Line up and get the full album.

No pushing and shoving please.

Mariella Mejia; works at GaydarGirls and is always on the lookout for great content, inspiring stories and restaurant recommendations – she can’t help herself.

*She says 5 foot, I will debate her on this.

2 Pings/Trackbacks for "A Hero In Me, Jenny Biddle – Album Review" 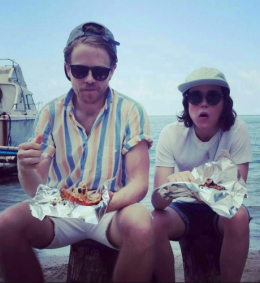 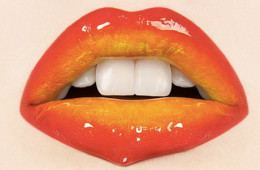 Restoring your skin after party season

Whether it’s post-party eye bags or post-turkey bloat, most of us need help restoring our skin after party season